Tatoo, Michel Foucault and the Body. Questioning the Paradoxes of Juridical and Political Inscriptions.

Meeting the Belgian artist Wim Delvoye in Ghent, Belgium (video below): to raise interest in the topic and to offer a new approach to academic conferences, we have met with the Belgian artist Wim Delvoye, who has become famous for his artwork ‘Tim’: Wim tattoed the back of Tim Steiner, an acquaintance Wim made some years back in an art gallery, and set up a sales contract to sell Tim’s tattoo after his death. It has been agreed, indeed, that Tim Steiner’s back will be removed and preserved. Turning this tattoo into a living work of art, it raises all kinds of questions – legal, cultural, political, ethical and philosophical – that we are looking forward to discussing with you as part of this lecture series. https://wimdelvoye.be/Link opens in a new window

You can also watch this video following this link on YouTubeLink opens in a new window.

The French philosopher and historian Michel Foucault (1926-1984) suggested that the human body could be understood as a ‘surface of inscription’ of past and current systems of political power, making the body a legible object in the study of history (Foucault: 1970, 1975). Foucault’s idea subsequently travelled across languages and disciplines and was critically discussed in Judith Butler’s article ‘Foucault and the Paradox of Bodily Inscriptions’ (1989) to further question the very idea of the human body as something ‘pre-given’ and upon which regimes of power could inscribe their actions. The body in Foucault’s work and in subsequent critical debates is a site in which power both gets formed and contested.

Before Foucault wrote about the body, deviance, exlusion and incarceration, the idea of studying criminality from a scientific point of view was pioneered by the Italian criminologist Cesare Lombroso (1835-1909) whose works are foundational to the field of criminal anthropology. Lombroso had a particular interest in recording and studying tattoos that individuals who had committed criminal acts wore on their skin, to show how and why this was an indication of their criminal nature. Today, his works can be seen in the Museo di Antropologica Criminale Cesare Lombroso in Turin (Italy), who kindly supports this lecture series. If criminal anthropology as understood by Lombroso insisted on the ‘born criminal’, Foucault argued in his Discipline and Punish. The Birth of the Prison (1977, trans. A. Sheridan; Surveiller et punir. Naissance de la prison, 1975) that the prison and its disciplinary techniques perpetually reproduce delinquency to transform the prison in a politico-social observatory with no real intention to rehabilitate convicts.

Lombroso’s intended scientific approach to criminology and anthroplogy in combination with Foucault’s critique of the body of the deliquent and the purpose of imprisonment forms an encounter that makes us question, in the context of this lecture series, the kinds of supposed ‘indicators’ of a so-called ‘criminal nature’ such as tattoos.

This two-day lecture series aims to create a platform for debate on various bodily inscriptions, and especially to question the body as a site for visual punishment as well as the marks and signs of political coercion. Perceived today often as body art and a fashionable practice, the case of tattooing has been functional in marking criminality and gang membership. Tattoos punish criminal acts, but they also produce a set of behaviours and subjectivities. Recent projects in the digital humanities – such as the AHRC-funded Digital Panopticon making accessible online criminal records of 90,000 convicts throughout the late eighteenth to early twentieth centuries in the UK and Australia – allow for a broader historical perspective into the ways in which offences and offenders were identified, marked, and registered. Bodily inscriptions must not only correspond to a physical materiality, but they can also concern the way in which modern technologized power seizes personal information and produce data sets to develop patters of investigation. Today, the advent of new surveillance technologies applied to the body profoundly impacts our daily lives, but it also informs new legal approaches to digital justice as well as the various ways in which we report and reflect upon, through the medium of language, this governance of the body. Alongside these questions of materiality and visibility, our capacity to speak about and translate experiences of violence, punishment and control may either reinforce or fail the expression of this bodily pain. We must furthermore carefully consider the relationship between different languages and these bodily inscriptions, addressing questions on the words, phrases and signs inscribed on the skin.

Prof. Gianmaria Ajani, is a legal scholar and professor at the University of Turin, working at the intersection of art and law. He has taught at various universities around the globe (Moscow, Leiden, Berkeley, Fribourg, Wuhan, Bergen, London). He is Honorary Professor at Shanghai Normal University and Zhonghan University of Economics and Law Wuhan.He is co-editor of the Brill Research Perspectives in Art and Law.

Dr Valérie Hayaert, is a EUTOPIA-SIF Research Fellow at the University of Warwick and a classicist, historian and humanist researcher of the early modern European tradition. At Warwick, her project focuses on a European Survey of Legal Symbolism. Relevant publications include: Genealogies of Legal Vision, eds. Peter Goodrich and Valérie Hayaert (London: Routledge, 2015). 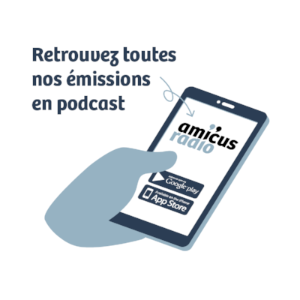